The church just released an official statement on illegal immigration yesterday which included the words:
“Most Americans agree that the federal government of the United States should secure its borders and sharply reduce or eliminate the flow of undocumented immigrants. Unchecked and unregulated, such a flow may destabilize society and ultimately become unsustainable.
“As a matter of policy, The Church of Jesus Christ of Latter-day Saints discourages its members from entering any country without legal documentation, and from deliberately overstaying legal travel visas.”

And also this (which I believe to be the most significant statement):
“What to do with the estimated 12 million undocumented immigrants now residing in various states within the United States is the biggest challenge in the immigration debate. The bedrock moral issue for The Church of Jesus Christ of Latter-day Saints is how we treat each other as children of God.”

and this statement as well:
“The history of mass expulsion or mistreatment of individuals or families is cause for concern especially where race, culture, or religion are involved. This should give pause to any policy that contemplates targeting any one group, particularly if that group comes mostly from one heritage.”

and this:
“The Church of Jesus Christ of Latter-day Saints is concerned that any state legislation that only contains enforcement provisions is likely to fall short of the high moral standard of treating each other as children of God.”
“The Church supports an approach where undocumented immigrants are allowed to square themselves with the law and continue to work without this necessarily leading to citizenship.

The statement goes on to say the church supports a balanced and civil approach to immigration reform “fully consistent with its tradition of compassion” with “reverence for family and commitment to law.”

Here is the article-related video:

So far as I can see, members of the LDS church have been divided in their response to the statement, and there are some that support it, some that disagree with it.

In the article, some hispanic leaders see it as a favorable position supporting illegal immigration, others see it as being too lenient on the immigrants, and some even see it as a step in the direction of creating amnesty for illegals.

Here’s my opinion on it:

It’s still not an “official position” –but this statement is something that will help guide us as members to understand the most important aspects of this debate: immigrants are strongly encouraged to sustain and uphold the law, and the gifts of compassion in keeping families together whenever possible. If there is any more noble thing, it is contained in this statement, and I think that it heads in the right direction.

Also, I have a feeling that the people that make statements like “I believe the Church is taking a moral stand in favor of undocumented immigrants” do not understand the statement the Church released. The Church does not support illegal immigration (which is against the long-standing policy to uphold and sustain the law), it supports love and compassion for all (being Children of God), and it encourages illegal immigrants to take responsibility and “square themselves with the law”. 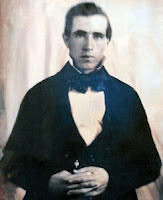 Such statement is a statement that I think should be applauded and respected by people all over. The Church is incredibly consistent with their statements and teachings, and this a perfect example.