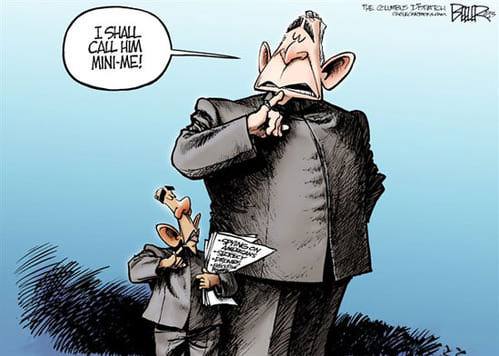 Obama’s new push for a war in Syria is extremely unpopular amongst American civilians and veterans, and foreign policy experts around the world.
Edit – Sept. 9, 2013: Thanks to readers Karen and Brent, I was made aware of a grievous mistake in a previous version of this post, where I implicitly implied Mecca as being somewhere within Iran, when in fact, it is within Saudi Arabia. It has since been removed.

If you have not been following the news recently about chemical attacks in Syria this past August, you may want to hear about this latest development in Syria and Washington D.C., which may actually plunge the United States into another war with another country in the Middle East.

If you are not concerned about this, you should be. I think we are pushing hard for World War III, working hard to piss off everyone else that is not affiliated with our western (American) culture, our products, and (apparently) our United States Dollar. In this latest instance in Syria, we may actually be “teaming up” with a terrorist group or two to take out Syria’s Assad regime.

In my opinion, no one wants another war in the middle east, and we definitely don’t want a U.S. sponsored war in Syria.

And that’s what these posts are about: building the case that the politicians push for intervention in Syria is not only unwanted by the American public, but that it is based on false premises, and that intervention can only result in disaster.

Obama Pushes for Strikes on Syria

Why? Well, officially, it’s because of a few flimsy reports of chemical weapon attacks on citizens in Syria being attributed to the Syrian state. We will touch on some of those details later.

Unofficially, it’s because of the ongoing Syrian Civil War that is happening right now, that is being funded and fought by Al-Qaeda, the Muslim Brotherhood, and the United States.  Bashar al-Assad, the President of Syria, is not exactly the ‘friendliest’ of leaders of countries.  Also, Syria’s close strategic alliance with Iran and their alliance with Russia seems to perturb Washington D.C. deeply.

Barack Obama and several other prominent leaders are calling for the bombing of the country to take out the al-Assad regime. And he has been pushing for the Unites States intervention in Syria pretty strongly–so strongly that he is actually winning support from the typical D.C. warmongers.

Michael Lotfi, who works with the investigative journalist Ben Swann, reports that McCain, Graham, and Boehner are actually throwing their support behind Barack Obama’s push for an attack in Syria. Confirm the story with Reuters here.

Also, on Wednesday there was a Senate Foreign Relations Committee hearing with Secretary of State John Kerry — where Congress would hear arguments for Americans bombing Syria. Interestingly one of his staunchest supporters, John McCain, was caught playing poker instead of listening to the hearing on a potential war in Syria.

Of course once it was made public, just like a typical life-long politician, he immediately turned to Twitter to joke about it:

For some more in depth coverage of the developing Syrian Conflict, see a Reuters keyword search of “Syria” for some current event background on the country and the development of causes for war in Syria over the past 3 weeks.

Do Americans Support a War In Syria? 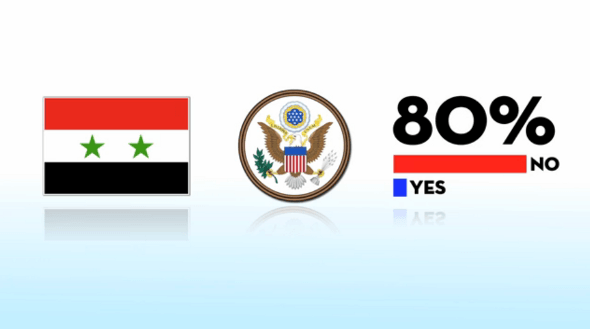 In an investigative report, Ben Swann revealed that 80% of Americans oppose going to war with Syria.

Apparently not.  When polled, 80% of Americans answered “No” to a question that asked if they would support a war with Syria.  Another poll shows that about 60% of American oppose a US intervention into Syria.  So why are we headed that way anyway? Personally, I’m not sure.  I think it has to do with the fact that Iran is Syria’s neighbor nearby to the west, and Syria has been a major thorn in the United State’s side in America’s unbalanced and frosty peace treaty with Iran. If anything, I believe that this attack on the Assad Regime in Syria is to create a stronger win scenario when we attack Iran. In fact, the motion towards war is so unpopular that the Congressmen that are actually meeting with constituents about the possibility of a U.S. intervention in Syria have received almost nothing but negative reactions. In evidence, Representative Justin Amash (R, Michigan), who had set up 11 town halls for this past Tuesday and Wednesday to meet with his constituents on the matter, tweets:

After a few more stops, he tweets:

After stop 5 of 11, I’m not sure how any Member of Congress could support military action in #Syria. Never witnessed something so unpopular. — Justin Amash (@repjustinamash) September 3, 2013

Then at the end of the “Town Hall Day” today, he reports his findings of Michigan voter support for intervention in Syria:

I spoke to about 400 constituents today. Every meeting was open to the public. 95%+ oppose military action in #Syria. Not close. — Justin Amash (@repjustinamash) September 4, 2013

He then tweets his summation of the two days, which were filled with hearing all perspectives on the issues from citizens, veterans, military folk, and otherwise in the state of Michigan, as well as his reaction to the briefing with John Kerry (United States Secretary of State):

I’ve been to the briefing. I’ve heard from constituents. It would be representational malpractice to vote yes on military action in #Syria. — Justin Amash (@repjustinamash) September 4, 2013

And I happen to agree with him. Unfortunately, coming to an agreement with a lone, faraway politician is not enough.

What do you think about our elected officials new drive to bring the US into war? Any insights? Let me know about it in the comments below!

More information on the leadup to War in Syria to come!