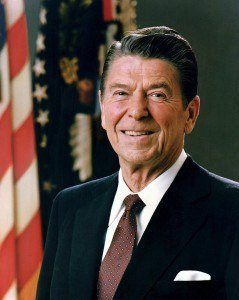 Official Portrait of President Reagan, a major influence on the war on drugs here in the US.

BY DIEGO LUCERO
How many people, do you think, know someone that has been affected by drugs?  How many people have become imprisoned for drug-related crimes?  Is there a better way to fight drugs?

We in America have waged a formal “war on drugs” for at least the last 30 years, and an informal war against them for much longer.  Obviously, the Drug War is a very sensitive issue that affects many people, an issue which people have very strong opinions about.

This is definitely apparent in several recent polls, one which shows ¾ of all Americans support the war on drugs, and another that shows ¾ of Americans believe the war on drugs has failed.  What does this tell us? It tells us what some already know:  that solving the drug problem is extremely important to us, but we believe the current approach we are taking to solve the drug problem is severely flawed.

So, when we’re talking about the war, what exactly is it that doesn’t work?  Can we identify root causes?  Is there a better solution?

To identify a proper solution for anything, we must first identify the nature of the problems that we face.  And of course, no proper solution can be developed without the proper history.  So, before we talk about possible solutions, let’s take a short journey into the history of the drug war.  After all, if we’re not students of history–we’re doomed to repeat it, right?

A Brief History of the Drug War 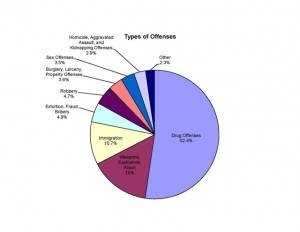 Remember alcohol prohibition?  In 1919, Congress ratified the 18th amendment, which officially gave Congress the power to ban Alcohol in the United States.  Corresponding laws (like the Volstead Act) codified the ban, which made it officially illegal to sell, manufacture or transport alcohol within the borders of the United States.  What this essentially did is make all business that could relate to alcohol illegal.

What did this lead to?  Well, the ban had some very interesting effects on the culture here in America.  Instead of curtailing the behavior of drinking and lessening the amount of addictions, it had the opposite effect, as well as some other very well-documented unintended consequences.  Here is what happened in a nutshell:

This continued for 14 years.   In that time, the mafia (who don’t care what laws are on paper) gained more and more power, and because they protected their interests, single-handedly dramatically increased the level of violence in America, almost overnight.  All people that wanted to drink had to buy their alcohol directly or indirectly from the mafia.

So, the 18th Amendment actually gave the mob an unofficial monopoly on the trade of alcohol.  This allowed mob bosses to charge whatever they wanted for a bottle or a case.  Also, since there were no other places to buy alcohol from, and since consumer demand for alcohol didn’t change, when people bought alcohol, the mafia made whatever revenue they wanted.   It doesn’t take a PowerPoint presentation to realize the terrible unintended consequences of these public policies of prohibition on the country as a whole.

In 1933, public sentiment had grown to the point where most people were so afraid of the ever-increasing power of crime syndicates–the frightening increases in violence, drug addictions, and property theft–that they pressured their politicians to ratify the 21st Amendment (which repealed the 18th amendment, officially lifting the prohibition of the business of alcohol in the United States).

So what did this teach us?  I believe that it taught us two very valuable lessons, both which should not be easily forgotten.  The first lesson?  You can’t pass laws to change people’s behaviors.  Many laws are “positive” (rooted in positus: to assume as fact) or “of arbitrary decision”, and if people feel that the laws are unjust, they will rebel.  So in this respect at least, it cannot change people’s behaviors.

The second lesson is: Legal prohibition doesn’t work!  The reasons that this is true are legion.  Apart from the first lesson that I have identified above (laws can’t change people’s behaviors), I have identified two other main reasons prohibition doesn’t work.  One large reason is that it redirects money to people that do not follow the law in the first place (and as we saw earlier, this has terrible consequences).  The other reason (and I will cover this in more depth later) is that it punishes addicts, instead of treating them.

Listed below are some of the many (non-inclusive) examples of the “yellow journalism” regarding marijuana, circa 1935-1937:

Needless to say, the Marijuana Tax Act passed Congress with the indispensable help of yellow journalism. Prior to its passage, the public was clamoring for a solution to the “marijuana problem.”

However it is worth noting, since they were a few years removed from the lift of the alcohol ban, people and politicians knew that a full prohibition of marijuana would most definitely illicit the same results as the prohibition of alcohol.  So, instead of criminalizing the usage of hemp, marijuana or cannabis: Heavy taxes on its commercial sale and firm regulation on its production (enforced through heavy fines and possible 5 year imprisonment) were levied instead.

Since then, yellow journalism has taken many different forms, and I am sure is still being practiced today.

Ramping Up the War on Drugs

The drug war really took off when Ronald Reagan was elected as President of the United States in 1981.  To be fair, the notion to “revamp” the war on drugs was a very large, bipartisan effort.  However, it could still be said: The war on drugs had found their champion in the most prestigious political office in America.

Since 1981 (on to today), the bicameral congress and the President passed many laws in rapid succession that “ramped up” the drug war on a massive scale.  The most popular approaches are to criminalize the usage and/or sale of all drugs (besides alcohol); Impose prison sentences and very heavy fines.  Drug prevention programs crawled across the US.

Due to the massive change in policy nationwide to prohibit all drugs save alcohol, the same pattern of unintended consequences emerge.  Since 1981:

The Rise of Prisoner Populations in the US

Stephen Littau of the Liberty Papers writes (in 2009):

In 2009, 47.5% of all arrests in our country were marijuana offenses, according to the Bureau of Justice Statistics.  According to the same data, writes Senator Jim Webb (VA):
[quote style=”1″]”Additionally, nearly 60% of the people in state prisons serving time for a drug offense had no history of violence or of any significant selling activity. Indeed, four out of five drug arrests were for possession of illegal substances, while only one out of five was for sales.[/quote] In response to the “tough on crime” mentality response to the data above, Senator Webb adds this observation:
[quote style=”1″] “With so many of our citizens in prison compared with the rest of the world, there are only two possibilities: Either we are home to the most evil people on earth or we are doing something different–and vastly counterproductive.”[/quote] It’s worth noting:
[quote style=”1″]What’s amazing is that most of this imprisoning trend is recent, dating really from the 1980s, and most of the change is due to drug laws. From 1925 to 1975, the rate of imprisonment was stable at 110, lower than the international average, which is what you might expect in a country that purports to value freedom. But then it suddenly shot up in the 1980s. There were 30,000 people in jail for drugs in 1980, while today there are half a million.[/quote]
Here is the Power Point: