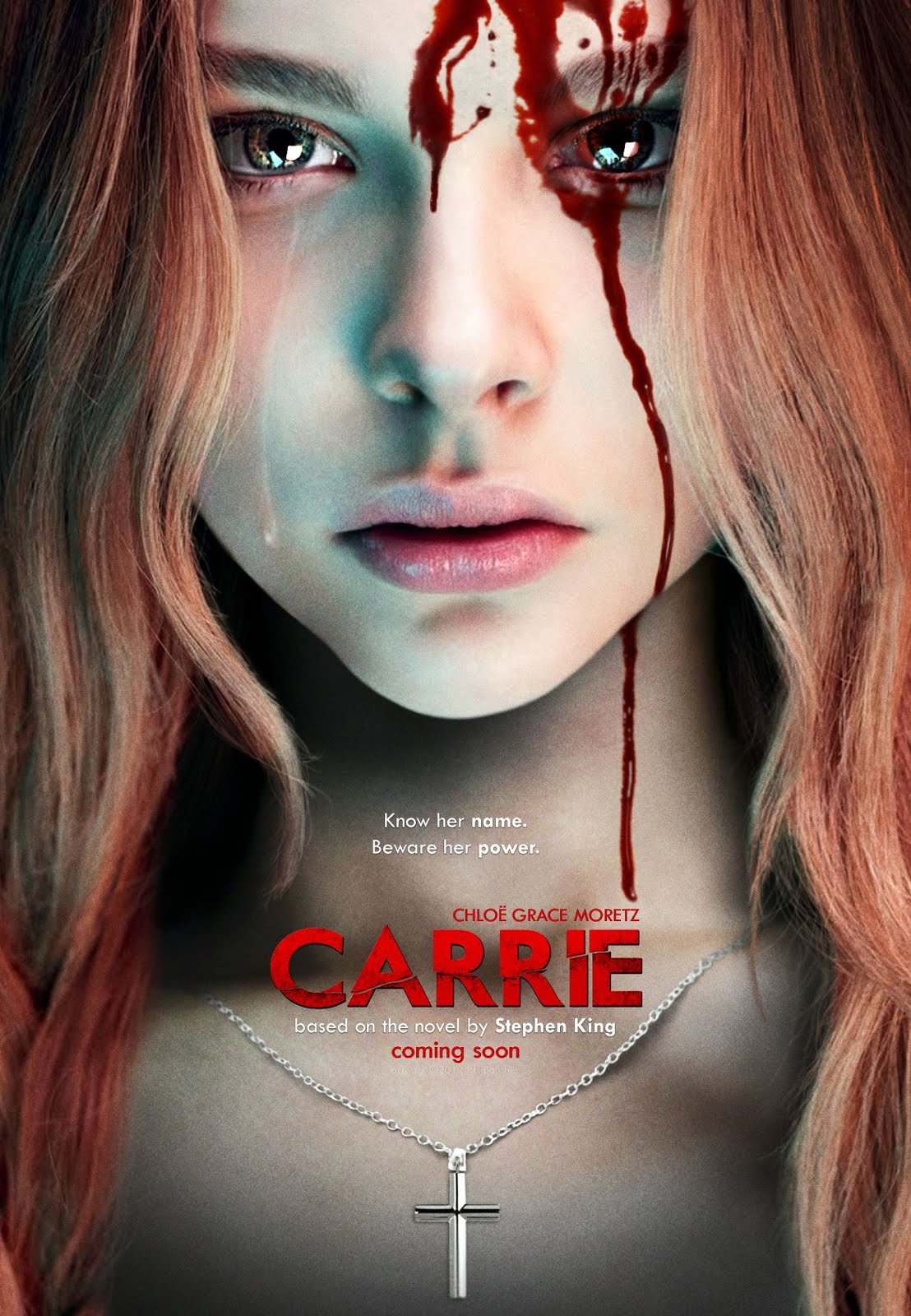 NOTICE:This blog post has SPOILERS! Do not read anything below unless you have actually seen the new movie! 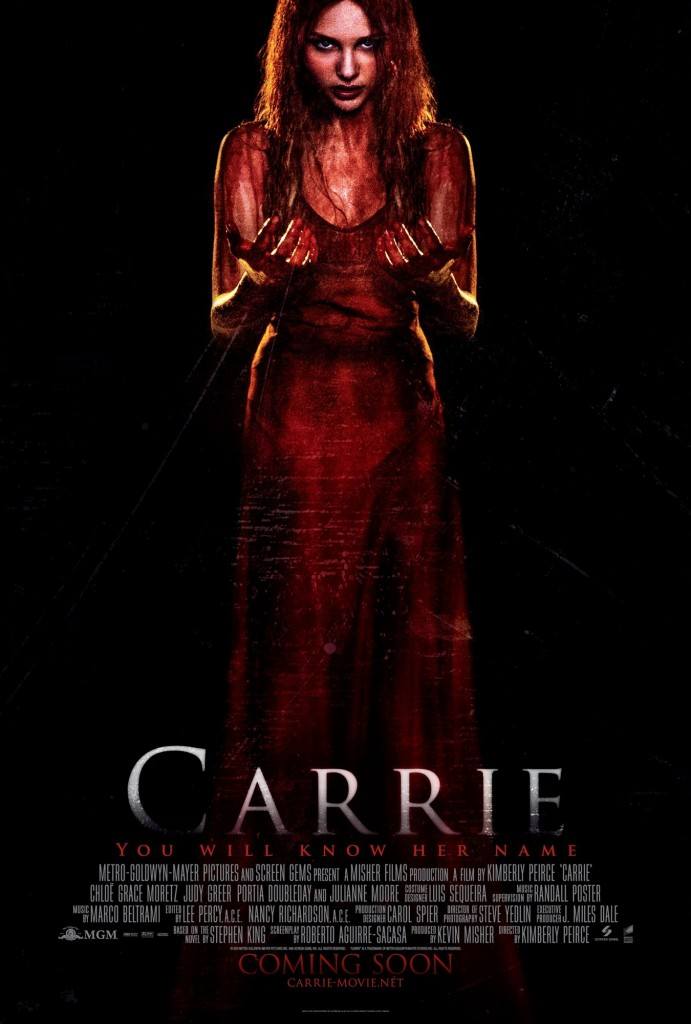 The re-imagining of movie based on the chilling Stephen King novel, Carrie, featuring Chloe Grace Moretz.

I recently saw the movie “Carrie” with my roommate, and I loved it. I can’t see any flaws with the film. Great movie. I’m buying this one for sure.

After the movie, my roommate and I talked at length about the movie, from the film-making, to the acting, to the lessons that we learned from such a good, entertaining movie.

I had nothing else to do, so I made a short list.

Here is that short list of life lessons from the movie Carrie:

As simple as this idea is, most people don’t realize how much direct damage bullying can do to a human being. Carrie already had her issues, and the bullying exacerbated her strangeness and her willingness to use her new-found gift (the only thing she felt she could really control) for destructive purposes.

Also, as a past victim of bullying myself, and actor of the bullying in other circumstances, I can attest to the fact that not all people make it out of bullied experiences OK.

The tormented Carrie gives a few terrible screams out of pain and fear. 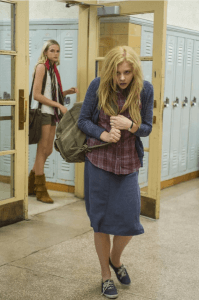 How true this is! Carrie’s mother forgot to explain what a period was, and that she would be experiencing that as she transitioned into adulthood. The fact that she did not know, meant that when she had her first, she was frightened to the point that she felt like she was going to die. Any good parent would have covered those bases long before Carrie’s age in the movie.

She also calls her child several things which had a terrible, deep emotional toll on Carrie. Among them: “mistake”, “sin”, and “cancer”.

Also! let’s not forget the fact that not only was Carrie’s mother a bad parent, she was crazy.

Carrie’s mother is a piece of work. She mumbles to herself scripture passages while rocking back and forth in her bed. She hits her forehead with open palms. She fears the outside world because she perceives that sin has overtaken it. She throws Carrie under the stairs, locks the door and says, “go into your closet and pray.” 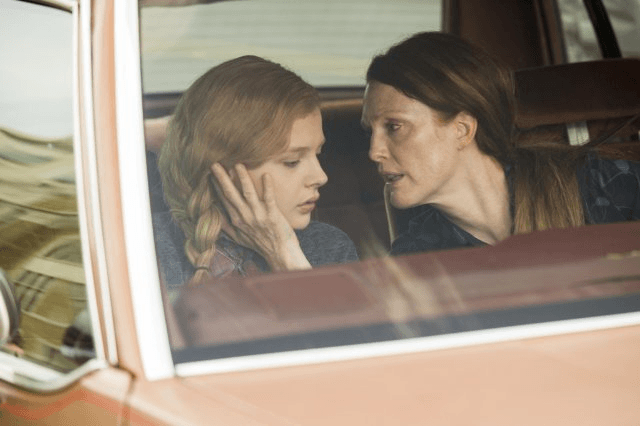 Later on, firmly believing that Carrie was sent to be a punishment for her sins, she tries killing her daughter by stabbing her in the back — all while luring her in with a comforting mother-daughter hug/prayer.

I remember when we used to have to write our stories in letters — on actual paper — and wait for weeks to continue a conversation with our friends. Ah those were the days.

5. It pays to love one who is suffering.

Carrie had many bullies in her life. Although many of her leaders had good intentions and the overall well-being of her in mind, no one really knew of the real-life horrors that awaited her at her home.

Despite this, a single teacher saw the beauty and potential of Carrie in a touching personal moment when Carrie was breaking down in a locker room. If anything, this moment gave Carrie a brief vision of herself as a beautiful, good girl with much going for her. This stood in stark contrast to what she saw of herself in any other given moment, where she was worthless, hated, and the butt of others jokes. 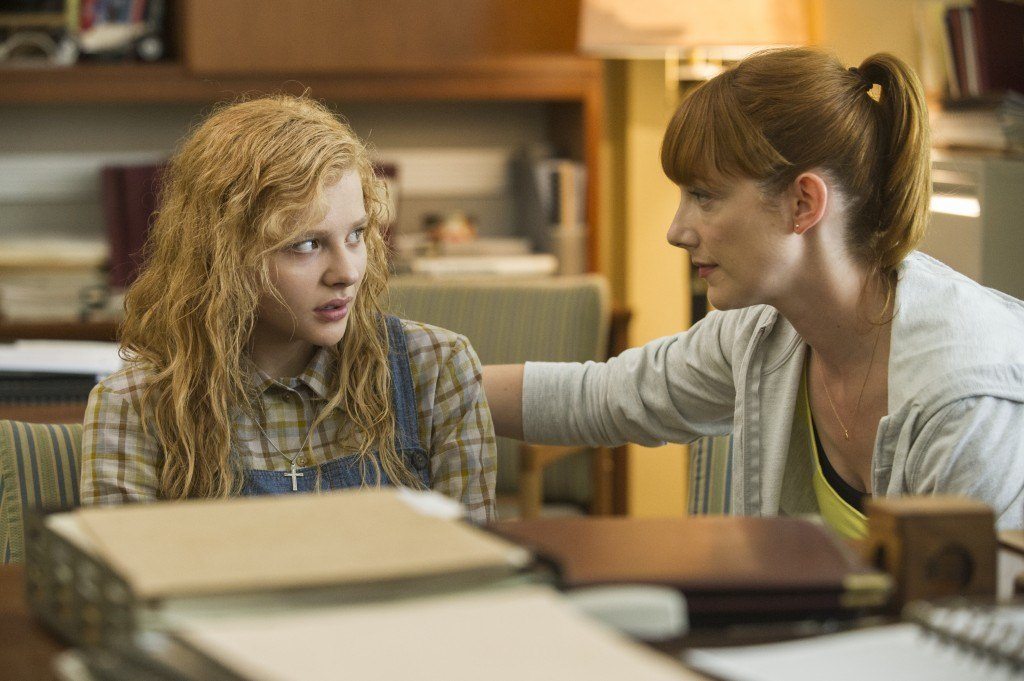 That teacher is later saved from what could have easily been her death.

Also, another classmate that had gone out of her way to right her own wrongs by helping Carrie to feel accepted and loved, is sent out of Carrie’s house before it’s ultimate destruction with Carrie inside.

Whoever said, “sticks and stones may break my bones, but words will never hurt me” obviously had never met Carrie. 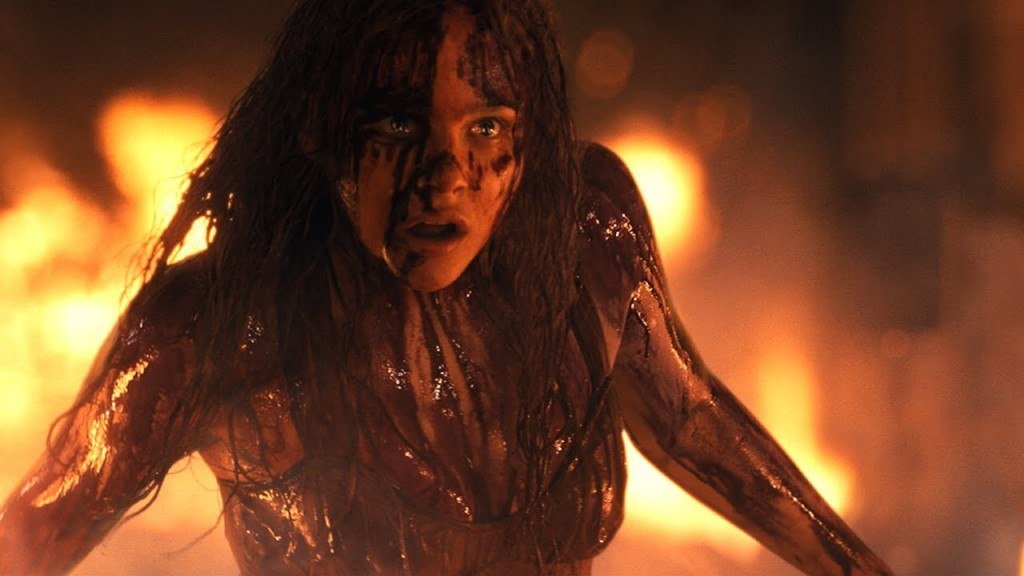 Carrie, covered in pig’s blood. Yes, this scene creeped me out.

The words that the other kids used to embarrass, scare, and make Carrie feel meaningless with may not have hurt them, but it certainly hurt Carrie. And when Carrie was pushed to her edge, she took out her pain on everyone that was laughing at her expense.

Remember kids, words can lead to sticks and stones.

6. Sometimes your daddy just can’t save you.

Several times throughout the movie, the leading nemesis in the movie runs to her father to “fix” things whenever she gets into trouble. The first is to try to force the school to reinstate her Prom attendance privileges, and later, to save her from the frightening things that were happening at the Prom.

In the end, that desperate text to daddy can’t save you from the consequences of situations that you acted yourself into.

7. Never call your child a mistake.

8. Don’t leave your personal effects at the scene of your crime.

After the incident at the Prom, Carrie ascertains the rotten culprit behind it because she sees a pair of glasses that were left behind. 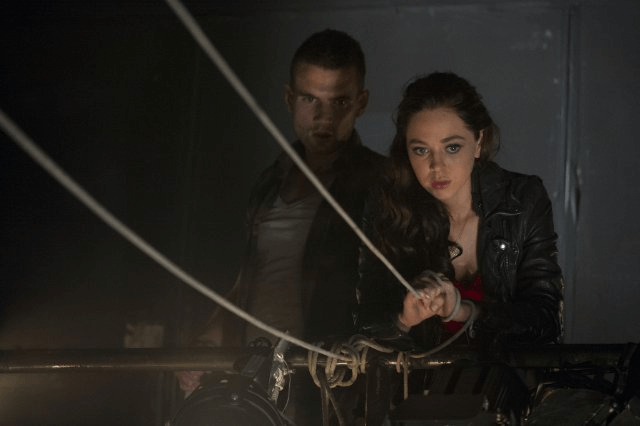 When she finds that rotten girl later, Carrie gets her revenge.

Of all the lessons in this movie and story, the most important takeaways relate to good and evil and the vague concept of karma.

Those that practiced evil to the very end had evil brought upon them. The people that showed love, forbearance, and kindness to a suffering girl were able to escape injury and death.

That all I can say. I mean seriously, if you would have just let the girl be…

Have any more life lessons to add? Add them to the comments below, and share them with your friends!