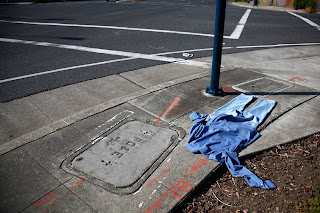 As I stare at this computer screen, I glance to the corner and I see the time: 10:59 pm MST.  It appears that I survived the rapture.  However, it has yet to be seen if I was just one of the people that was left behind, or if I am dreaming.

Twitter is still lively: @GarryShandling is still cracking jokes, @KevinHart4Real has been retweeting responses to his apparently successful comedy show tonight, and Mr. @mcgoogles just asked @SarahKSilverman what she smelled like, citing that he and his friend were “doing research”.

All seems to be ok in twitterland.  Tho, I do not see any more jokes about the rapture… maybe people are more somber now that their family has turned missing?  Or maybe no one really cares?

Let’s check the news.  Here are a few articles at the top of the google search for the word “rapture”:

Turns out the Harold Camping, the religious leader that convinced people to donate over 100 million dollars to his campaign to preach the end of the world in the last 7 years alone, is gone now, family is missing as well.  Home abandoned, not answering his cell phone.  Could it be?

To quote from the article: “some atheists hoisted beers and called the latest failed prediction of Family Radio’s Harold Camping a lesson in human behavior..  ‘We know he’s not the first or the last who’s going to do this.'”

This is the first direct claim that I have seen from a person that was interviewed that the rapture prediction was a failure.  However, he is and atheist, so his opinion could be suspect on this topic…
In The End, Rapture Believers Weren’t Going Anywhere
Direct quote from the above link:

On Saturday morning, Espinoza, 60, received a phone call from her father, Harold Camping, the 89-year-old Oakland preacher who has spent some $100 million — and countless hours on his radio and TV show — announcing May 21 as Judgment Day. “He just said, ‘I’m a little bewildered that it didn’t happen, but it’s still May 21 [in the United States],'” Espinoza said, standing in the doorway of her Alameda home. “It’s going to be May 21 from now until midnight.”

Ah, the plot thickens.  Harold Camping is “bewildered” that his prophecy was not fulfilled.  Meh. It has to be harmless, right?
VIDEO: Mom Tries to Kill Kids, Self, Before ‘Tribulation’ Comes … https://bit.ly/jUetjc
Apparently not.  There are actually more than a few stories of people that have been duped by this man that ended up hurting themselves or their loved ones… here, here, and here.
At least the guy left the kool-aid at home.  Just goes to show what kind of progress this nation can achieve.
So maybe the rapture didn’t happen.  Or maybe it did.  Or maybe I’m dreaming.
Who knows.  All I know is that I have to get up early to finish preparing a Sunday School lesson in the morning. I swear tho, if I have to give a lesson about hypocrisy to an empty room of mormons, I just may have to see what I can do to get in touch with Family Radio after all.