I found this on the website Minglewing.com, which is founded by and run by the same man that started Veoh (Dmitry Shapiro).  He tells a sad story about how intellectual property (via DMCA, the current intellectual property law) lawsuits from big corporations ruined his business, his life and his resolve.  He then gives his opinion about the bils called SOPA and the bills like it.  This is a must read if you are to understand the real effects of Intellectual Property lawsuits by the big guys against the little guys.  This is Dmitry’s entire post: 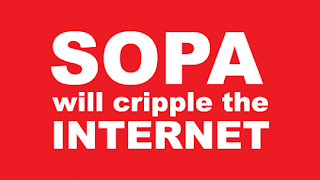 With all of the discussions going on about SOPA and PIPA, lots of people have reached out and asked me to write about my experience with UMG vs. Veoh. In Nov of 2004, while on my honeymoon, I had an idea : Let anyone broadcast video over the Internet. I believed that with the convergence of broadband, inexpensive video cameras, and editing software that shipped with everyday computers it was the right time to launch a service that would facilitate ‘free speech’ over video. When I got back from my honeymoon, I immediately transitioned out of the company that I had founded 4 years prior, Akonix Systems, and pursued building my vision. It took 8 months for us to raise the Series A round of venture capital, with dozens of potential investors passing, arguing that “no one was going to watch amateur video on the Internet”. SERIOUSLY!

I read this and quite honestly, I was surprised.  I think because of this story, and many like it, we can realize the true importance of understanding the nature of “intellectual property” and it’s supporters (the big corporations).  The case of Veoh offers some proof that solving everything through the law is not the answer. Dmitry is a true patriot, fighting for freedom of speech against the big guys that fight for their monopoly.  I hope he can inspire us to stand up against the bullies against the internet.